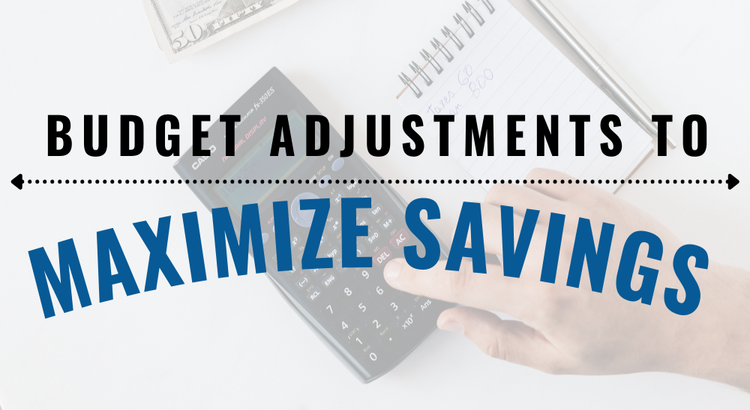 Although we tend to downplay it, our savings rate is more important than our income. Sure, the accumulation of stuff is more exciting than the preservation of wealth, but regardless of the fact that money sort of can buy happiness, that’s not the case if your spending as much as you earn.

As I was reading the Financial Samurai (Sam Dogen) article, “surviving off a $400K income…” I began to wonder why high earners are so often such high spenders. The article was written after extensive interviews with high income earners, so I don’t doubt the data, but I do wonder if all that spending is really necessary.

The Financial Samurai article is pretty clear that the reported figures aren’t representative of necessary spending, just “average” budgeting for above-average earners. It also demonstrates that a household income of $400K does not actually make you rich in a city like San Francisco and suggests that these households will be unfairly burdened by Biden’s new tax policy. Perhaps they’re not rich, since they have no cash flow after expenses (according to the data) but only if you consider $63,600 in annual private school costs to be a normal expense.

But, this article isn’t about the fairness of the tax policy, it’s about personal spending. Given that over 50 participant’s budgets were analyzed, the data is illuminating of how high earners can overspend. Apparently, making a lot more money than the average person doesn’t make you better-than-average at handling it. If you have low, or even negative, cash flow after expenses (even if that includes your full 401K contribution), then you can’t afford luxury expenses like multiple week vacations, charity, private schooling for your kids, high personal care spending and extravagant food costs.

In this article I will explore some of the most impactful budget adjustments and, using a some of Sam’s figures, examine the best ways to save money even in an expensive city like San Francisco

The best budget adjustments to supercharge your savings

You can significantly reduce your housing costs

The Financial Samurai reference data reflects that the average family of four, earning a total of $400,000 pre-tax in San Francisco, typically spends $6,746 a month on a mortgage. That’s with a 3% interest rate and after putting 20% down. How did this family put down 20% ($320,000) when they can’t even save ($34 annual cash flow)? Presumably they were overpaying for rent before overpaying for the house. No matter, even though the median house cost in San Francisco really does waver between $1.3M – $1.6M, if you have no cash flow, then unfortunately you cannot actually afford the median house price.

And you have options, you don’t have to have a median-priced house. You may have to slum it in a $1M – $1.2M property, or rent ($2,626 for 1 BR – $3,743 2 BR on average in SF). A two bedroom apartment for a family of four? That’s not enough space, you may say. True, maybe you can’t afford to have two kids in private school that both get their own rooms, despite the fact that in middle America you could have a mega mansion and a personal tutor. However, having no emergency spending allocation is not a better option than the several thousand dollars of savings you get by not owning a median-priced home.

Here are some other ways to control your housing costs

Your food expenses are too high

Sam lists food costs for a family of 4 in San Francisco at $2000 per month. Can you spend $2000 per month on food in a large city? Sure, but you certainly don’t need to.

From my years as a financial planner, most families in the Bay Area spend between $800-1,200 each month on groceries. Add to this the cost of eating out, coffee shops and convenience items; you are looking at an additional $250–$1,000 per month depending on your lifestyle.

If your cashflow is suffering, one of the easiest adjustments to increase your rate of savings is to adjust your food expenses. You may not be able to cook every day and the time you save by eating out may certainly be beneficial, but in no scenario that I have evaluated, do you need to spend $2,000 per month on food, not even for four in San Francisco, Manhattan or Honolulu.

High-end childcare is not much better than affordable alternatives, especially for very young children

As a parent of two children under the age of three in one of the most expensive states for childcare, I am keenly aware of how expensive daycare can be. But, Financial Samurai presents a mind blowing $5,300 per month for daycare and preschool. I’m not saying it’s not possible to rack up these costs, or higher, on child care. I’m just saying that if you don’t have a dime for when your Toyota Highlander (Sam’s example) craps out, then you can’t afford private school for your kids. I also don’t feel like private schooling is an expense that’s suitable for the upper middle class, which is where Sam places San Franciscans with a $400,000 household income. Those are expenses for the wealthy, because the wealthy can afford a trip to the emergency room after paying those expenses.

Further, as someone who has sampled high-end child care (but not that high end) services as well as home daycare, I found that there is really not much added benefit in paying for specialized daycare. In fact, I believe that my kids get better care from the Italian woman who watches them, than they did from the team of professionals who couldn’t remember anything about our kids without referring to notes. Arguably, before the age of 5 (and in my opinion, until much later) daycare/ school is a better tool for socialization than education anyways.

Among the expenses listed in the article, which anyone who doesn’t have a dime for miscellaneous expenses should eschew, are $150 per month on personal care products, $200 a month for clothes, $600 per month on vacations (3 weeks? I have never taken a 3 week vacation), $300 a month on entertainment and $250 per month on charity. I don’t know about you, but if had a savings rate of under $100 per month I wouldn’t be spending a dime on these items (okay, maybe I would keep the Netflix account). That’s a $1,200 savings right there.

Though the title of the Financial Samurai article is somewhat tongue in cheek and Sam acknowledges that anyone earning that kind of cash should be grateful, no one is “struggling to survive” at $400,000 unless their budgets are out of control. And, if you’re earning that kind of money in the majority of the country, you really are wealthy by most standards. My point is that prioritizing your savings is more important than the prestige of private school and a too-high mortgage, and that those earning high incomes can trim a lot more off of their budgets than the rest of us, even if they do struggle to do so.

Related: The Best Free Budgeting and Net Worth Tracking Spreadsheet

The Average Cost of College: Evaluating Education As An Investment
5 Money Myths You Should Stop Believing
How to Invest When the Stock Market Crashes
The Right Way to Teach Your Kids About Personal Finance
The Pros and Cons of Rapidly Paying Down Your Mortgage
Does Money Buy Happiness?

Why Private Mortgage Insurance (PMI) Is like a scam and 5 Ways to Deal With It
6 Steps to Establishing Excellent Credit
Simplicity Is Often the Key to Financial Success
How to Do Financial Analysis: The True Cost of Switching to Solar
How To Move Long Distance & The True Cost of Moving
The Pros and Cons of Rapidly Paying Down Your Mortgage