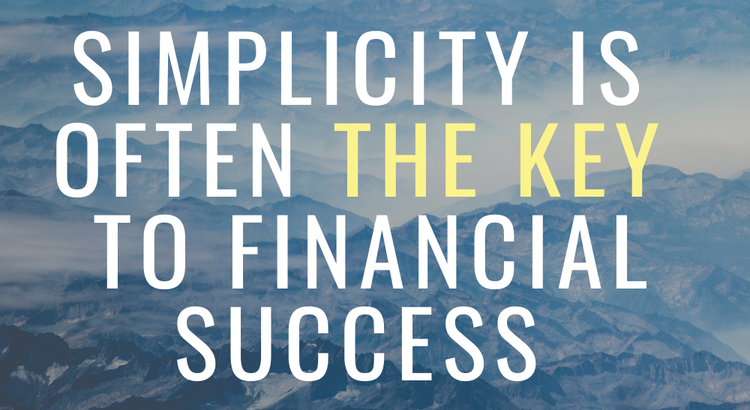 At the highest levels of achievement things can get very complicated. Professional athletes not only train to improve technical skills and physical endurance, they also develop ways to improve their mental acuity, emotional well-being, game strategy and injury mitigation, among many other things, to master the game. I grew up playing classical piano and briefly went to college on a performance piano scholarship. And though I eventually dropped the program to pursue more broadly applicable interests, I vividly recall that competitive world – the long days of practice, the auditions, camps, the concerts. Last year, in an effort to return to playing at a very high level, I attempted to master Chopin’s legendary first ballad. Given that I literally played nothing else for an entire year, it was a task that nearly drove my wife insane.

Although the mastery of something is one of the most difficult, and consequentially one of the most rewarding pursuits, there is good news: mastery is also largely overrated. At a certain level, most people can’t even tell you are improving anymore. Is it worth it to spend hours trying to master an advanced skill set for a decreasingly discerning audience? Perhaps in the case of music it is, because art should probably not be limited by its audience. However, I submit that in most things in life, adhering to some simple principles and developing discipline prove far more valuable than having the latest strategy, the best equipment or the right guru.

Don’t believe me, allow me to demonstrate!

Simple is usually best in investing

With investing you could spend all of your time and effort, and perhaps your sanity, attempting to outpace the market. Or, you could hold a simple streamlined portfolio and likely come out ahead with less effort. Though there are hundreds of strategies and thousands of strategists, it has been demonstrated endlessly that the biggest factors in success with investing are diversification and time in the market. Everything else is noise, or merely attempts to eek out a slightly higher return in exchange for a much larger dedication of time and usually, with higher risk.

A million dollars sure isn’t what it used to be, but it’s still a significant marker of financial achievement. And, contrary to popular belief, only about 50% of millionaires are self-employed. The quickest way to become a millionaire is to probably start a successful business (or even better, to inherit), however, the prospect of starting a business is daunting.

The simplest and by far, the least risky, route to making your first million is by keeping your day-job, getting promoted, saving, investing and retiring. If you get started early enough with an IRA and 401K, or whatever, and simply earn the market’s average return, a million dollars is well within your reach.

When I was growing up I had a friend whose parents were wealthy, and generous. He was getting into cycling so they bought him a Gary Fisher bike for several thousand dollars. When I asked him if he liked it, he said that it was, “okay,” but that he needed another one for “down hill” cycling. The mantra that the right equipment will make you successful is one of the most prevalent marketing messages that we’ve been fed. It fuels a multibillion dollar industry and is mostly nonsense.

Does Lance Armstrong need an aerodynamic suit and a $10,000 warm up bike (in addition to a slew of performance enhancing substances) to win the Tour De France? Most definitely, but do you need a form fitting suit if your 30 pounds overweight and biking in the middle of the road so that I have to drive into oncoming traffic to avoid you? I doubt it. The vast majority of success you have in any endeavor ulitmately comes down to three things: study, discipline and talent. At the highest levels you may need specialized equipment but you have to be honest with yourself about whether you are willing, or even able, to attain those levels.

A simple(r) life is often a more rewarding one

As I wrote about in, Does Money Buy Happiness? the amount you earn actually does to go a long way towards being happy. However, the more money you make, the more you must sacrifice, whether in time, mental well-being or in the spending you must do to keep up appearances. There’s a reason why they call it the, “rat race” and why everyone seems to want to escape it, a simpler life tends to be a happier one.

The problem, of course is that if it were easy not to “want” stuff, marketing wouldn’t work so well. We want stuff because we believe in stuff’s power to make us feel good about ourselves. High-end goods also help to demonstrate our worth to high-end people and in a society, there is undoubtedly a lot of utility in that. I finally bought a smart phone so I wouldn’t have to explain myself anymore, though I must admit that it is much, much more useful than I could have imagined. I’m not about to buy the latest model, however, I’d rather collect money and investment assets than stuff, it helps me sleep better at night.

The Valuist Investment Portfolio: The Only Free Lunch in the Stock Market
Harvard Extension School: The Backdoor to the Ivy League?
How To Calculate the True Value of Your Job (and Why You Always Should)
How to Survive the Hiring Process: Getting a Job
5 (More) Money Mistakes You Can’t Afford to Make
5 Things To Do Right Now in Order to Retire Abroad